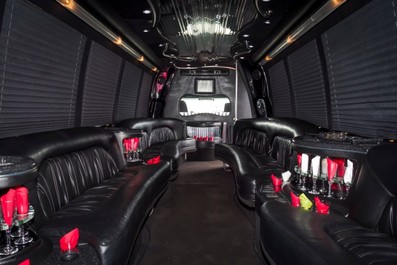 Leaside Aerodrome in Toronto – just check it out

Aerodrome in Leaside is one of the unique options in Toronto and it was the site of Canada’s first air mail flight. It was also the home for the First World War pilots training location. The Leaside celebrated its 100th birthday in 2013 and it may be worthwhile to understand the history of the city and its surroundings.

The town was once a bustling airport

The region of Leaside went on to become a town on April 23, 1913. Before that, it was a hot spot for flying enthusiasts north and south of the border. The aerodrome was actually built in 1917 and it covered an area of 220 acres.

Today, the venue sits between Wick steed and Eglinton avenues. The venue had a few of the options that include nine hangars, living quarters, mess halls, instructional and repair facilities, and a hospital. It was one of the five Canadian airfields that was built by the British government. It was built for the purpose of training the pilots, mechanics and maintenance crews.

Leaside today stands as a highly affluent neighbourhood in Toronto. Located to the northeast of Downtown Toronto, the city and the region gains the name of Leaside in honour of William Lea and the Lea family.

The city was a standalone town till the year 1967 and later it was annexed into the Borough of East York in 1967. Later the region was amalgamated into the Toronto region in 1998. When it was formed, the town was basically a farmland.

What can you do in Leaside?

Wondering what you can do in Leaside? Hire a reliable and affordable Party bus Toronto and you are good to enjoy one of the excellent experiences in Leaside and surrounding regions.

The Serena Gundy Park and Sunnybrook Park should be what would provide you access to one of the most exciting experiences for the perfect fitness activities. The Sunnybrook Park is known for best-in-class sports fields and scenarios. Some other attractions here would include an exercise trail, horseback riding stables and a licensed snack bar. It also boasts of the Leaside Tennis Club that offers you access to six tennis match courts.

In essence, Leaside is definitely something that you would want to explore for achieving a great degree of experience in every sense of the word. The high-profile city may be a little expensive and may not be affordable for everyone out there, but the options available ion the town should definitely make it one of the most unique options in almost every respect. The entertainment areas, concierge service and a wide range of other options should make it a truly formidable choice in almost every respect.

So you have decided to undertake a vacation in Toronto and of course, have chosen to hire   Toronto party bus for your group. But wait, there are a few parameters and factors that you need to check out when hiring party bus in Toronto. Size and comfort levels offered by the party bus The size […]

The city of Toronto has a few great neighbourhoods that you would find quite interesting and cool. Timeout recently listed the coolest neighbourhoods in the world and Dundas West near Toronto managed to gain a top 15 position. Want to explore the city? Check out a few options that the cool place provides you access […]

how to find trusted airport limo

An airport limo can be one of the excellent options for enjoying a fully fledged and exciting experience in holding your corporate meetings of calling up your business clients. It can also be a great option to help you travel to your favorite destinations or even reaching home after a tiring flight journey. The tips […]

A prom night is perhaps a necessary evil. That would mean while parents and children themselves would want to enjoy the prom nights, you would also find that it is something thee parents want to explore to the core. If you are worried about the safety of your kids and have a few issues with […]